DoSomethingNearYou helps Australians to make a difference, both nationally and in their local community.

The DoSomethingNearYou website is run by the DoSomething Foundation. DoSomething is a registered charity that was established by Planet Ark founders Jon Dee and Pat Cash in association with Tina Jackson, the former Executive Director of the National Trust of Australia.

DoSomething works with businesses, local councils and the general public to bring about positive social and environmental change. DoSomethingNearYou is the charity’s flagship initiative. Since it was launched, the site has had well over a million users!

Co-founder and Managing Director of DoSomething 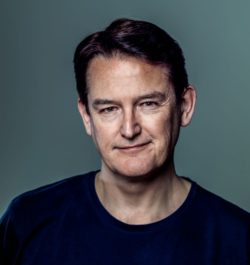 Every time an Australian switches on a light or washes their clothes they are affected by changes that Jon has initiated. In addition to driving the bans of incandescent light bulbs and phosphates in laundry detergents, Jon has played a key role in the banning of plastic bags and microbeads.

As a well-known social entrepreneur, Jon was voted Australian of the Year 2010 (NSW) for his contributions to Australia. As the main founder of Planet Ark, he ran the organisation for 15 years, turning it in to a household name. Together with Olivia Newton-John, he also co-founded National Tree Day and One Tree Per Child.

You can listen to the ‘Good News With Jon Dee’ on ABC Radio where Jon talks about the latest good news about sustainability and social issues. For more information about Jon, visit JonDee.com.

Chair of the DoSomething Foundation 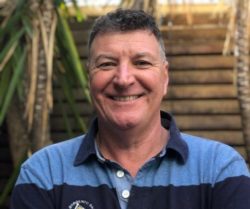 Outside of DoSomething, Andrew is one of Australia’s leading green energy entrepreneurs. Prior to acquiring Easy Being Green, a leading Australian energy efficiency operator, he was the founder of Jackgreen, Australia’s then only renewable energy electricity retailer. Under his leadership the company signed up over 100,000 Green Power customers.

Andrew is passionate about the environment, technology transformation, and the St Kilda AFL club, where he chairs their Business Network. 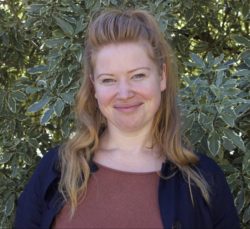 Kate is a conservation journalist, marketing specialist, and event manager. Kate has written for a wide range of publications over the past ten years, and worked as a production manager for numerous festivals. She has worked in a variety of fields including bush regeneration, climate justice, and Indigenous reconciliation.

To contact us about DoSomethingNearYou, please email Kate Cole.

Why you should DoSomething!

I like how DoSomethingNearYou encourages us to think about the ways that we can give back. It encourages people to get involved in their own community and effect real change.

DoSomethingNearYou makes it a lot easier for people to get involved in community volunteering and charity events. Just type in your postcode, choose your suburb and do something that inspires you!